NYPD detective Madeline Foster (Maura Tierney) is a good cop with some dark secrets she's not about to share with Tim (Terry Kinney), her doting husband and boss. After a long day on and off the job, Madeline and her partner Jesse (Paul Calderon) are assigned to the case of Frances Hannon (Laila Robins), a wealthy businessman's (James Naughton) wife, who has been kidnapped and buried alive in whereabouts unknown. In order to find Frances before time runs out see, Madeline must go head-to-head with the kidnapper himself, "Harry Houdini" (Adrien Brody), a criminal more manipulative and more disturbed than anybody could have possibly imagined.

OXYGEN made its debut on the cable network Cinemax in August of 1999. It was subsequently given a limited theatrical release in New York and Los Angeles, as well as a wide release in France. Currently, OXYGEN is available around the world on DVD and VHS . 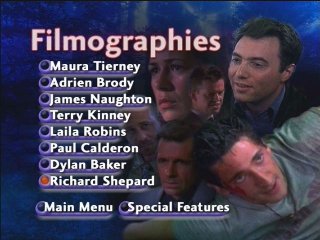