Written and directed by Richard Shepard, MERCY stars John Rubinstein as Frank Kramer, a very wealthy and very arrogant man whose living nightmare begins when his young daughter (Rhea Silver-Smith) is kidnapped. What appears to be an abduction for ransom becomes more complex when it comes to the motives of the kidnappers (Amber Kain and Sam Rockwell) and the revelations they bring to light.

Produced on a budget of just $52,000, the gritty thriller was a labour of love for its writer-director.

Ardustry Entertainment has released MERCY on DVD (Region 1) in the United States. The disc features an interesting and informative commentary track by Richard Shepard. DVD Talk has a review of the DVD and a DVD-themed interview with Richard.

These are well-known films of that time, the most popular cassettes on dvd people of that time were ready to buy them anywhere, more. At that time, this format was very popular, but soon the Internet pushed all cassettes and discs to the back of the times. 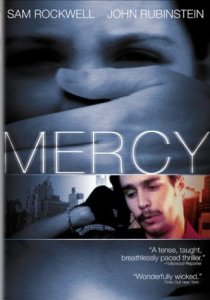 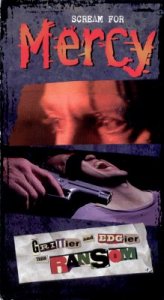 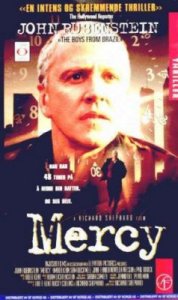 Go back to The Films of Richard Shepard